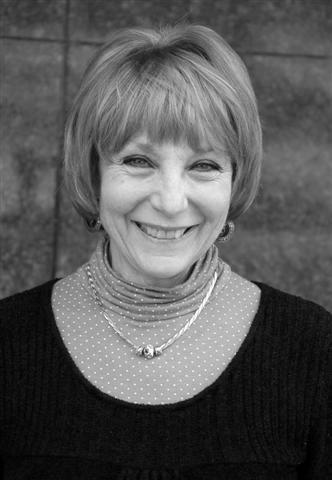 Accepting that his little girl was growing up, he got off the plane at its connecting stop in Colorado and let Miley fly on to Florida. On top of that, Oliver revealed that he was also leaving L. We were more than a little bummed to see our favorite trio split up. Luckily the Stewarts changed their mind at the last minute and decided to move into a nearby ranch instead -- a place that felt Tennessee-ish but was still close to L.

In "Love That Let's Go," Miley's horse Blue Jeans -- which she'd had since she was a little kid -- got seriously sick after being bitten by a snake. Fortunately he recovered, but the show's credits later revealed that this episode was dedicated to Miley's real horse, Roam-Man, who passed away in Miley's double life finally caught up to her in this episode with the same title. Her secret kept causing problems in not only her life, but also her friends' lives.

Stanford rejected her since she didn't have enough extracurricular activities -- and Miley could hardly write "international superstar" on her resume -- and as a result, Lilly decided to defer her acceptance so that they could both go to college together as they promised each other. Miley's boyfriend Jesse also broke up with her after paparazzi caught him kissing both Hannah and Miley, which made everyone think he was a cheating scumbag.

Feeling terrible about all the sacrifices her friends had made to keep her secret, Miley decided it was time to bid farewell to her alter ego. In the same episode, Miley took her wig off on-stage. We got chills when she belted out "Wherever I Go," the first time she ever publicly sang a song as Miley on the show.

In the series finale of "Hannah Montana," Miley -- now famous for being herself, since she was no longer Hannah -- got an offer to star in a movie in Paris. She chose to accept the offer, which meant she couldn't attend Stanford with Lilly.

Watching Miley and Lilly say goodbye to each other at the airport and move on with their lives without each other was heartbreaking. After arriving in Paris, Miley quickly realized that there would always be another movie offer, but there would never be another chance to attend college with her best friend. Here is a brief family update and newer pictures:.

Linea is attending the local community college, Flathead Valley Community College. She is working on a teaching degree as she eventually hopes to teach overseas. She was blessed with a great job and has purchased a nice car. Alanna has moved out and is living with a friend. Post Summer Ministry Update.

This summer was busy, as usually, with speaking engagements and camping ministries. As a family, we spent much of the summer at Big Sky Bible Camp. Todd spoke for two of the traditional weeks of camp, but the highlight of the summer was day camp. Together, Todd and Brenda directed the two weeks of day camp for kindergarten through second graders.

Brenda did great with the organizational aspects of preparation and execution- coming up with lesson plans, crafts, schedules- while also helping Todd with the hands-on aspects of teaching and games. The first week focused on the life of Joseph making puppets with coats-of-many-colors.


It was amazing to see the work of God in the children's lives as we had much feedback from parents and coworkers about the children's excitement from the lessons they were learning. It was also wonderful to be a part of children coming to the saving knowledge of God's grace. Below are some links to video slide shows from our time at Big Sky Bible Camp this summer.

Day Camp 1 With our children heading to school at the end of August, our ministry has shifted gears. While Brenda spends her time at children's appointments and helping with homework, Todd has continued to spend time at camp helping with retreats. Please keep us in your prayers as we make our way back into the public schools teaching the knowledge of Christ's love and forgiveness.

Please pray for Levi as he will most likely be having brain surgery to remove a cyst the size of a tennis ball. We found out that Levi had a cyst between the two sides of his brain after headaches when Levi was four or five years old. It was a fluke that we even found it as he had it from birth. For the next few years, the neurologist monitored it with an MRI once or twice a year. Less than a month ago, Levi went for a routine eye exam.

As part of the exam, Levi had his eyes dilated. This caused him to turn gray, pass out, and go into a mini seizure. The optometrist had seen this affect called a Vasovagal Reflex on rare occasions and was not worried about any further problems, but recommended an MRI because of Levi's history. About a week later, Levi hurt his thumb in the door and started passing out again.

And again, at Costco and while watching a movie after no injury or prompter. We immediately had Levi go in for another MRI. Upon getting the results back, we found out that the cyst has grown significantly. It is now the size of a tennis ball! Yesterday, Levi had an appointment with the neurologist.

He believes that surgery is the best option.